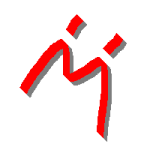 Shy Guy (A Link to the Past-Style)

The Lord of Dark

The King's Leap I

One Hell of a Dream